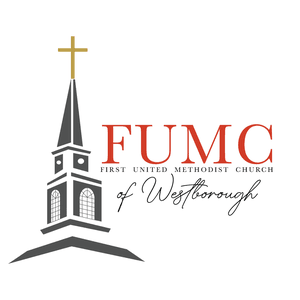 A brief history of the beginnings of Methodism

Methodism began in the late 18th century when a group of men that included John Wesley and his brother, Charles, sought to drive reforms from within the Church of England (Anglican church). Educated at Oxford University and an ordained as a priest in the Church of England, he and his brother along with a group of students started a "Holy Club" and began to systematically live out a holy life. Club members received Holy Communion weekly, fasted regularly, abstained from amusements, and frequently visited the sick, the poor, and the imprisoned. Club members were branded as "Methodists" for the way they used rule and method to guide their lives. John Wesley, the leader of the club, took the mockery and turned it into a title of honor.

In 1735, at the invitation of the founder of the Colony of Georgia, the brothers came to America to minister to the colonists and to perform missionary work among the Native Americans. After a short period, the brothers returned to England, unsuccessful in their work and attributing it to an insufficiency of faith. At a church service in London after returning, John experienced his "heart strangely warmed" and he wrote in his journal that "I felt I did trust in Christ, Christ alone, for salvation; and an assurance was given me that He had taken away my sins, even mine, and saved me from the law of sin and death."

Soon after his evangelical experience John began what would become a revival movement fueled by open-air preaching reaching thousands of people at a time. Many of those who came to listen to him preach were not churchgoers and were disconnected from the Church of England, but as a clergyman of that church, he insisted that people attend services in addition to Methodist meetings. Wesley preached a message that people can be assured of their salvation and that the Holy Spirit enables people to attain perfect love for God. His brother, Charles, wrote over 6,000 hymns to express the message of God's universal love and many of his songs are recognizable today even by those who are not churchgoers.

With growing responsibilities for preaching and pastoral care, John appointed lay preachers and leaders to assist with leadership. Preachers organized the new converts into groups called "societies" and then into smaller groups called "classes" where groups were encouraged to confess their sins to each other, support each other, and share testimony to each other.

Although the Methodists were seeking reform within the Church of Engand and were not seeking to separate, as the number of converts increased, tensions rose and rifts widened. In 1784, John responded to the shortage of priests in America due to the Revolutionary War by ordaining priests with the power to adminster the sacraments. This event was a major reason for the split of Methodism from the Church of England after John Wesley's death.

Over the next century and a half, differences of opinions caused a variety of groups to spin off and form other Methodist churches. In 1968, the merger of two of these groups, the United Brethren in Christ and the Methodist Church united to form the United Methodist Church.

For more information about the origins of the Methodist church, follow this link: https://en.wikipedia.org/wiki/Methodism

Learn more about what we believe

Meet the Members of our Church Staff

Learn more about our worship leaders 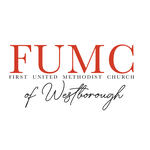